Since those are the two main things I worked on, I’ll just mention my other changes now. I changed the Spell UI to be a darker orange when charging so the color change is more obvious. I’ve increased all spell’s charge time, in my small attempt to balance all the new spells I’ve added.

So one of the major feature’s I planned on having in Monolith was a large leveling system, so that eventually the combat would look entirely different depending on what leveling path the player has chosen to level up.

The way I chose to implement this, is creating tons of spells that the player could unlock when they level up, if they meet the prerequisites, This way the player can get the better, higher level spells once they have unlocked the lower level spells leading up to it.

This is also the first time you can see the names to the spells, which I now have a new way of creating…

Before, I had a really bad way of creating a spell. I used to have each spell split up into 2 areas, combat related info, and projectile related info, which were located in two different classes… I have no idea why I did that. But now I have a whole class for creating spells, holding all the info needed to know at any time for each spell.

Since I made an easy way to create spells, I had to spend some time to actually make a few. Before this week, there were only 3 spells, Fireball, Lightning, and Waterball, now there are almost 20, some of which you can see above, the rest are unlocked after the ones above are unlocked or once you have the required rune.

Runes have had a big change this week. First of all the visual change:

As you can see, the runes are now always colored and have their own character instead of just numbers, not just when pressed, and now when they are pressed, they get a white background.

The reason for the changes? They were changed to represent which runes are unlocked and active, which now can be switched out every few levels!

Every 5 times a player level ups, they can choose a new rune to unlocked, and which rune to switch it out for.

This is also the first time the runes have names!

Runes follow the same kind of logic spells have, they all have prerequisites and the cooler ones take a bit to get to. This is how the change in gameplay really works. Because you have to sacrifice a rune to get a new one, and the player cannot replace the runes required to unlock the new one, it forces the player to give up some spells to make room for the better ones. The plan is to give options for all play-styles so everyone is happy and every leveling path is used equally, but that is the ideal scenario, so we will see how well that happens later.

There is one new UI this week, the “Level Up Ready” UI, that shows up whenever the player has an upgrade ready.

The newest addition to the UI family is the Popup UI! And I will say now, a personal favorite.

As you can see, popups fade in, stay for a bit, then fade out, and multiple popups are supported.

The way they have been implemented actually makes them really easy to add!

When a new popup is wanted, all it takes is one line of code:

And that’s all it takes to make a green popup saying “LEVELED UP TO LEVEL __” that stays for 5 seconds (1 second of fading in, 3 seconds of staying, 1 second of fading out). This particular popup appears every time the player levels up.

Right now there is a popup for:

That’s all for this week! 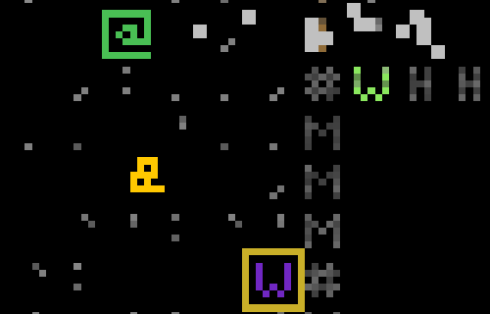 February 20, 2016 - 5:40 am
A good bit of changes this week, but spread out enough that there isn’t that much to write about for each except...
© Copyright Proxima Wordpress Theme By ThemeGoods All Right Reserved.