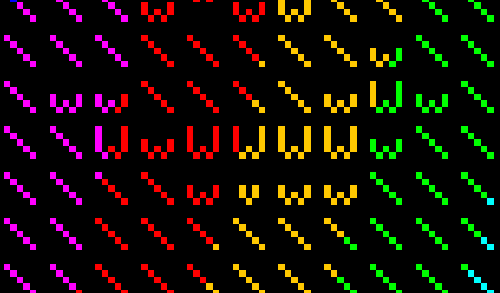 First, I finished the test level, the one I included last week that was all 1’s and 0’s at the time. Now it is full of sprites and looks nice

Second, I’ve added a rainbow effect, as seen in the gif below

Conveniently, all three features added can be seen in this gif

The effect is controlled manually right now by pressing space, but in the final game can be used for some cool effects such as leveling up, and opens the options for more screen effects in a similar style.

The third, and most significant, feature implemented is enemies, which use A* pathfinding. A* pathfinding is a popular algorithm to get the best path to a point, while avoid obstacles. In the animated gif above, you can see the yellow ‘a’ navigating around the green patch (which are solid blocks that nothing can walk on), this is possible only with a complex pathfinding algorithm.

Right now the enemy will stop following the player if the path to get to them takes too long to process. I may or may not continue to use this, depending on how reliable it is to act the way I want it to.

The next few features on the to-do list are a mixture of very fun and very scary things, so it should be an interesting time either way! 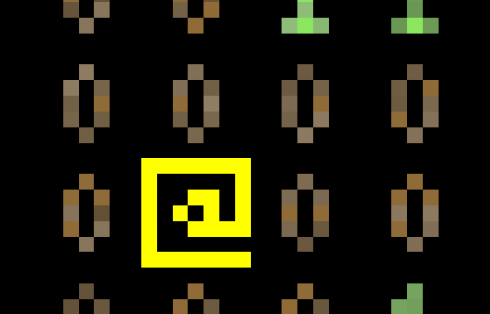