Very short dev blog this week, because most of the work done has been prep work for next week’s update, and there isn’t much to share yet. However, along with this dev blog, there will be a recap of everything done in the 10 weeks of development.

I forgot about the ‘swaying’ effect last week when I added the visual effects, so I added it this week. Several separate sway effects can run at the same time at any position on the screen.

I added a new tile to the level generation, water. The only thing it changes is that it reflects the mob or projectile in the water.

So before, the levels were always 100×100 tiles, and I wanted to increase the size of the level to see what that looked like, but there was a problem. I could not send that much data to the client in one packet… so, I had to re-write the way levels were sent to multiplayer clients…. twice.

Anyway, the new way levels are generated, and how they are sent to multiplayer clients are throughseed generation. This means that, when generating the level, the random number generator is set to a specific seed, so that the same random numbers are generated. This way, now only the seed is sent to the client, and it generates the level from that seed.

So now, the level can be any size and still work over multiplayer, and the big levels look really nice.

That’s all for this week, even though there was almost nothing. This is because I am preparing for thenew level generation system. So look for that this upcoming week! 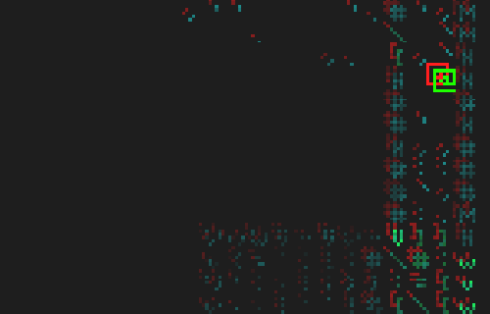 March 5, 2016 - 12:07 am
This week overall there were a ton of changes. This week the focus was making the game more visually pleasing...
© Copyright Proxima Wordpress Theme By ThemeGoods All Right Reserved.